Spirit is the Peter Pan of the herd. He was born prematurely, as mentioned previously in his Mum Alfie’s story – Alfie had given birth in the field with all the other horses one morning while I was out visiting a friend and our neighbour, worried the others might harm the foal, had removed him to the adjoining paddock. Thank goodness I was not out all day, or I dread to think what might have happened, but luckily I was able to lead Alfie into the paddock to join Spirit and to my relief they bonded immediately. Spirit, being premature, was tiny, but perfectly healthy and Alfie was an adoring mum until the birth of Spirit’s little sister Fern, a year later, when Spirit was firmly replaced. Poor Spirit, I had just decided that today was the day to wean him from his Mum by separating him to an adjoining paddock with some of his friends, as he was nearly a year old and she was due to give birth to her next foal in about a month. I had collected a head collar and was walking around the back of the stables to get him, when to my amazement I found Alfie, once more giving birth on the muck heap with a large horsey audience. She was obviously prone to giving birth prematurely and poor Spirit ended up having a very abrupt weaning.

With his Mum and little sister Fern now in the adjoining paddock, Spirit was beside himself and it wasn’t long before he had worked out that with a bit of strategic wiggling he could get himself through the post and rail fencing to join them. Of course his Mum now had a new baby and no longer had any interest in Spirit and wasted no time in showing him, with ears back and foot raised every time he went near. It was a heartbreaking sight and being worried that Alfie would hurt Spirit, each time he got into their paddock I put him back with the others, but it was becoming a game and he was winning! In the end, after removing him several times, I decided to give up and just see what happened. Spirit was so determined, he was trying everything to get back near his mum. He stayed a safe distance to begin with , but each time his little sister laid down, he would lay down, just a few feet away, and if she went off for a little run around, so would he, it was as if he was mimicking her behaviour, as if to say, look , i’m still cute too. Unbelievably, it wasn’t long before Alfie accepted Spirit back, though the milk bar was firmly closed to him. Spirit and Fern developed a very strong bond, and after a few weeks, once they were all back in the main paddock with the other horses, if Fern called for her Mum , Spirit would come running , it was so sweet to watch. 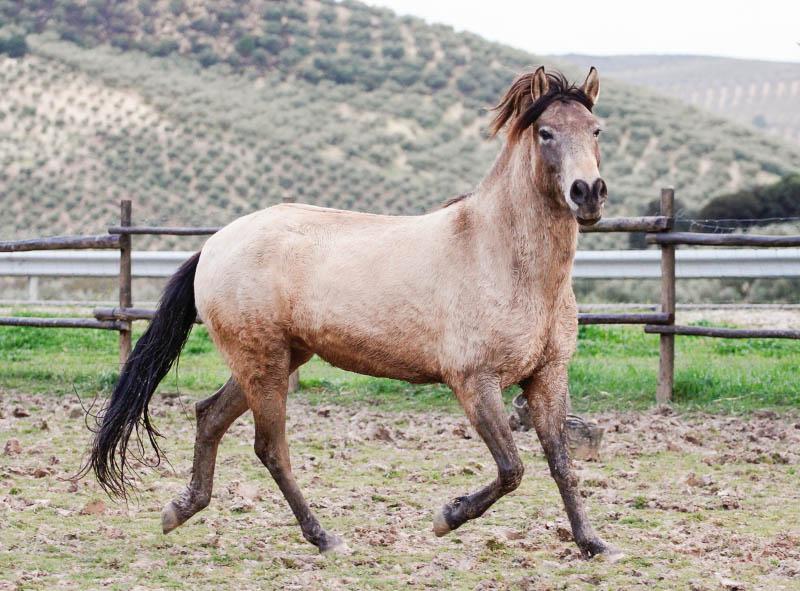 Being born prematurely, Spirit took a long time to grow and fill out, and we left him longer than usual to mature a bit more, before starting to do any work with him. He is such a sweet natured and cheeky little thing, he will let you do anything with him on the ground and loves to be fussed and cuddled, in fact he will follow you around asking for it. He is a scruffy little urchin, with his dun colouring and ancient markings, he looks like a wild horse with his tatty mane and long forelock always in his eyes, he really is a cutey. We first backed him when he was about 6 and left him for a year to mature a bit more. He is very happy playing in the field with his best friend Picasso, they are like a pair of naughty school boys , always play fighting and running around, rearing up like a pair of stallions and boxing, they have great fun. The next year we got him to the stage of hacking out quite happily for a short time but he then started to rear up if anything scared him and we decided that we needed to take him back to basics again, do more ground work and just take our time with him. We have now decided that Spirit just doesn’t like being ridden and we accept his decision. It is nice to allow a horse to tell us what it wants and to listen! He is very happy to be used for horse agility and other groundwork courses. 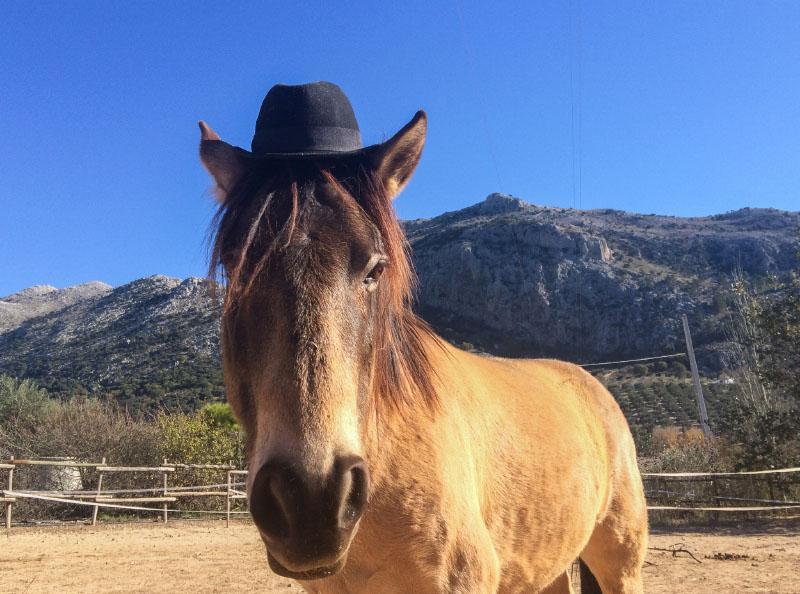 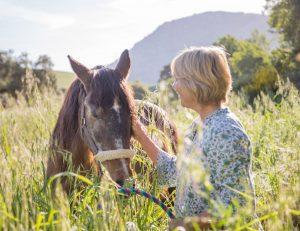 Read June’s blog for the latest news, courses and discounts.

We use cookies to ensure that we give you the best experience on our website.OK